It’s December 26th, just a few days away from starting a new year. Most of us are spending a few days in our hometowns visiting our families. It’s that time of the year when it feels appropriate to do a quick update and take a look at the things we’ve accomplished last year.

We’ve spent a good chunk of December getting started with translation. Our goal was to have the first four days of the game available in English on early January (this includes the events that take place those days AND a great part of the static elements that are in the game the rest of the days).

As you’ve probably heard before, in “A Place for the Unwilling” we use something called Ink (made by Inkle) to handle all the logic of the dialogues. From blocking dialogue choices to relationships, randomization or even minigames. It’s one of the reasons why a tiny team like ours can create so much content. Ink blends narrative and logic, which is great and it’s the reason why you can get so much done with it, but it makes translation a bit trickier. A person who is translating the text for the game could accidentally add a new bug (and with all that content, testing isn’t quick either). Plus we also need to work along with translators to make sure they understand the very basics of Ink. It also makes our workflow more complex, it’s like keeping up with two versions of the game. If you change a detail you need to do that in the other language as well.

These last weeks have been like testing the waters. We translated 35.000 words (as a reference, the first Kingdom Hearts had that exact word count) and we’re about to start implementing and testing them. So far it’s looking good, dozens of issues will probably come up during testing but, based on early evaluations, it shouldn’t be anything big.

As we always say, there’s a lot of work left to be done (because every little change means going through a huge amount of content) and we aren’t ready to announce a final release date yet but, we’ve reached content completion and we’ve started localization. These are very exciting times.

So that’s the more recent news, let’s take a look at 2018. We didn’t go to that many game shows and there was a very good reason for that, we were able to focus more on building final things for the game. When a project is in development a lot of time gets “wasted” on making specific demos for shows, while being at shows is great for many reasons, they still affect production. With the support of Kowloon, who are making sure we can do our best in this project, we could afford to spend more time working on final content. That was a huge milestone, for an indie team, having more resources changes everything.

Though we only attended 3-4 shows, we’ve done our best to keep everybody updated, posting new things every 1-3 weeks and trying to answer each one of your messages. If we ever missed one of yours, we apologize for that. We’re three people working full-time and two more doing so part-time (doing everything, from the game to communication, business development and paperwork). We’re are building “A Place for the Unwilling” for you, hoping that you’ll enjoy the game and shape a community around it.

And, while we can’t just show you everything and spoil the experience of discovering the game’s world, we want you to be on this trip with us. Helping us tweak the way we do things. Whether our updates are interesting or you’d like to see some other kind of content.

Thank you all for your support, especially to those who believed in the project since the earliest stages. Hope you have a great time during Christmas. 2019 will be another year where we’ll be working very hard, but it’s the one where you’ll get to walk through the streets we’ve spent so many hours creating.

Best wishes from the whole staff at AlPixel Games. 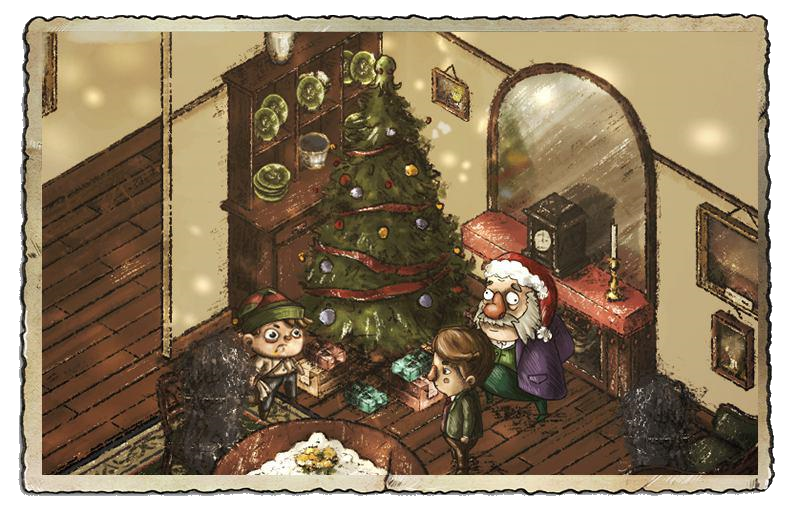 (don’t forget to join our Discord as well)